When it comes to cooling large buildings completely, central air conditioners are a suitable choice because they are specifically designed to cool areas requiring high cooling loads.  A central air conditioning system is similar to a typical refrigeration system in most aspects — this type of A/C system comprises a compressor, condenser, evaporator, and the thermostatic expansion valve — the only notable difference is that these components are bigger in size and have higher cooling capacities.

A packaged central air conditioner gets its name from the colloquial meaning of the word "package." In colloquial terms, "to package" means to put something in a box and then wrap it up. That's the exact same thing that happens to packaged central air conditioners — everything including the compressor, condenser, evaporator, and the thermostatic expansion valve is enclosed in a single box, which is usually placed on a concrete slab just outside the building or the roof.

A series of air supply and return ducts running from the interiors of the building through the external walls or roof section are connected to the packaged air conditioner. Packaged air conditioners are usually combined with a central heating appliance to eliminate the need to install a separate furnace for use in winter weather. 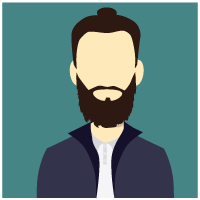